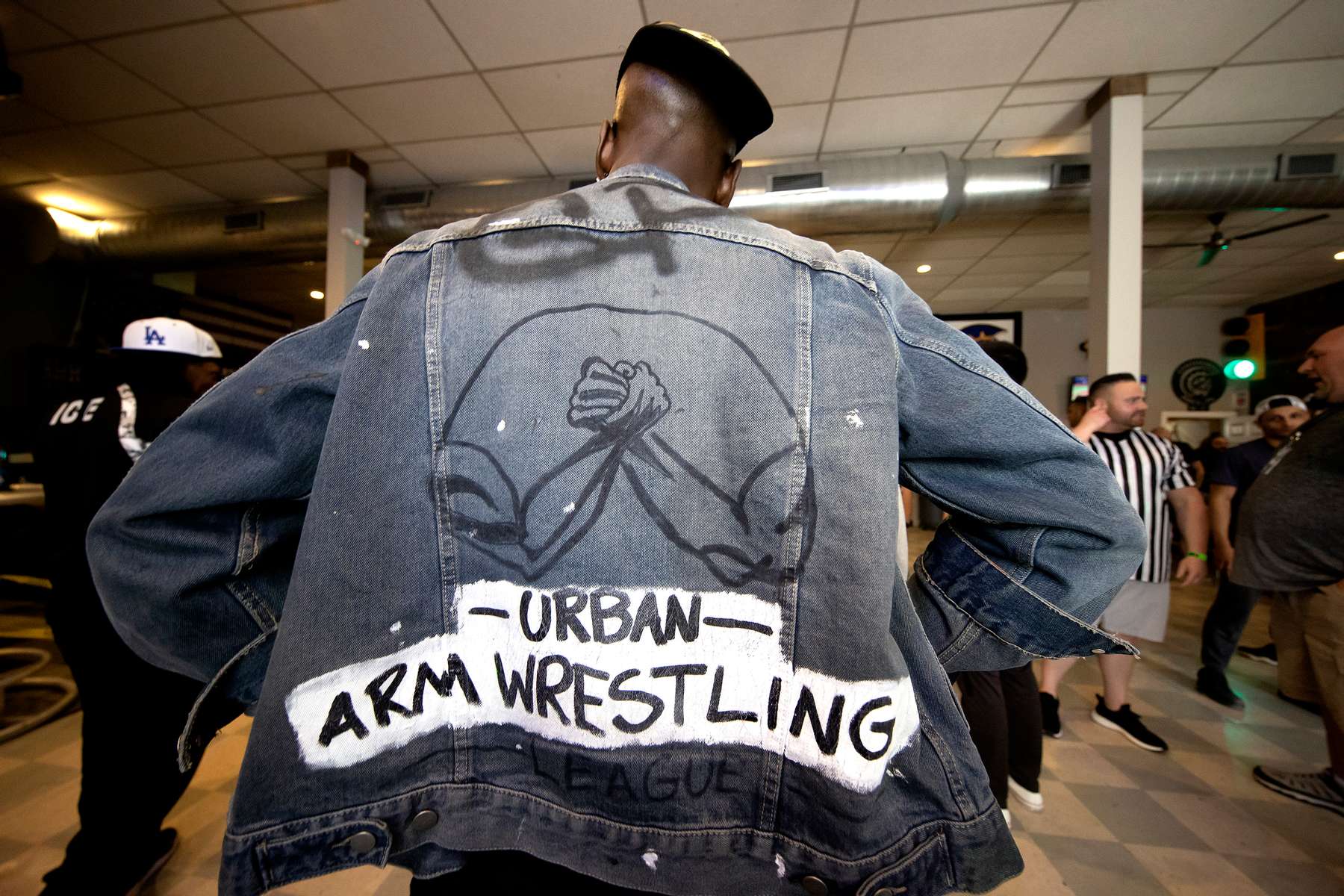 
Gerren Nixon, 44, of Wyandanch, New York, started the Urban Arm Wrestling League, a company that sponsors tournaments and promotes the sport on the east Coast. Nixon, who has experience as an event promoter, became a fan of arm wrestling back in the 80's after seeing the movie “Over the Top” featuring Sylvester Stallone . Knowing there are not many sponsors for arm wrestling in the United States, Nixon has used his event promotion background to add other elements into the events such as musical performances, DJs, and a party like atmosphere. It has been working as the sport has grown since it’s early days. Nixon, who believes he is the only black arm wrestling league owner, hopes to continue to make the sport more mainstream across the United States.