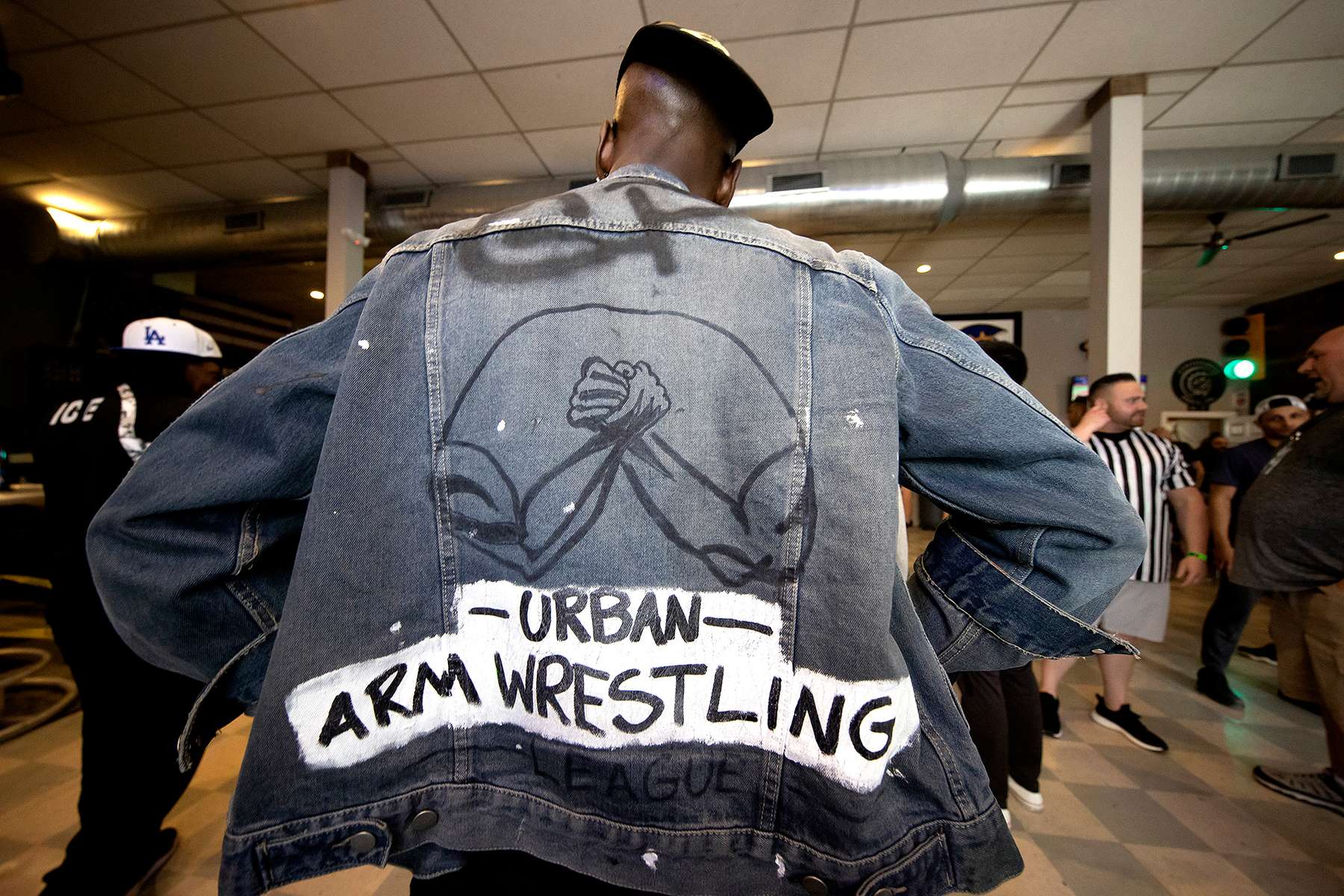 Gerren Nixon of the Urban Arm Wrestling League, displays his jacket during the 98% Protest Series Arm Wrestling tournament on May 15, 2021 in Philadelphia Pennsylvania. Gerren Nixon, 44, of Wyandanch, formed the Urban Arm Wrestling League, a company that sponsors tournaments and promotes the sport on Long Island, in 2019. He has been a fan of the sport since he saw the Sylvester Stallone movie "Over the Top" in the 1980's. Arm wrestling is popular around the world, particularly in Eastern Europe, but it remains a largely underground event in the United States, with few sponsors and no television coverage of tournaments. The name of his Arm Wrestling team is called the Prime Time Pullers. The team is a multicultural combined group of Men and Women. Nixon said there are very few arm wrestlers of color and he believes he’s the only Black arm wrestling league owner. He is working to build a network of local teams to compete across the country and it is a dream of his to be able to one day crown a homegrown champion from Long Island.