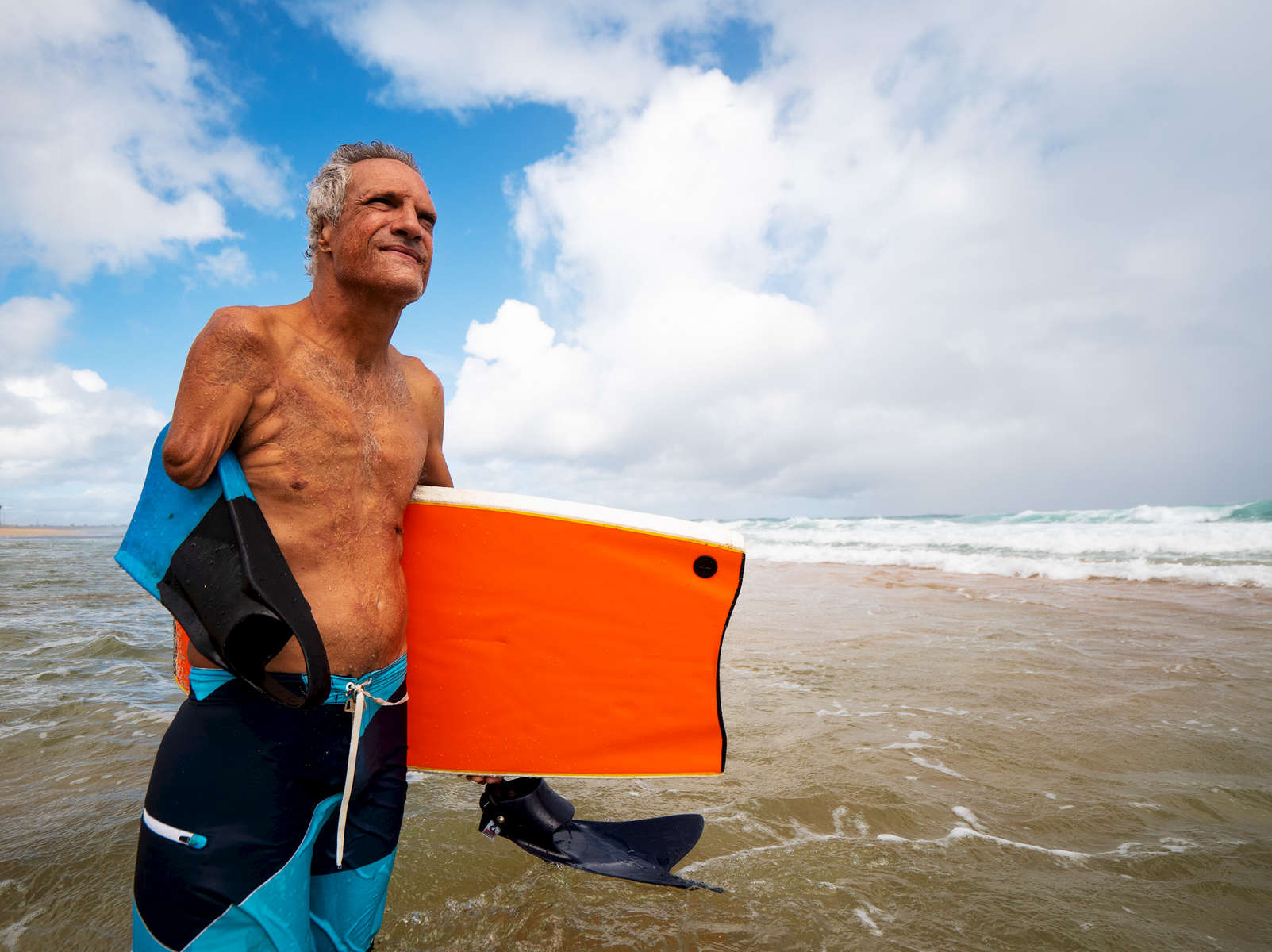 PINONES, PUERTO RICO - NOVEMBER 16: Luis Santiago of San Juan poses for a portrait at Aviones Beach on November 16, 2018 in Pinones, Puerto Rico. He lost his right arm in a surfing accident when he crashed in a wave on the rocks when he hit the sea floor. He still rides his Boogie Board on this same beach whenever he can. The beach flooded the town of Pinones and all the neighboring towns during Hurricane Maria. The effort continues in Puerto Rico to remain and rebuild more than one year after the Hurricane Maria hit and devastated the island on September 20, 2017. The official number of deaths from the disaster is 2,975.