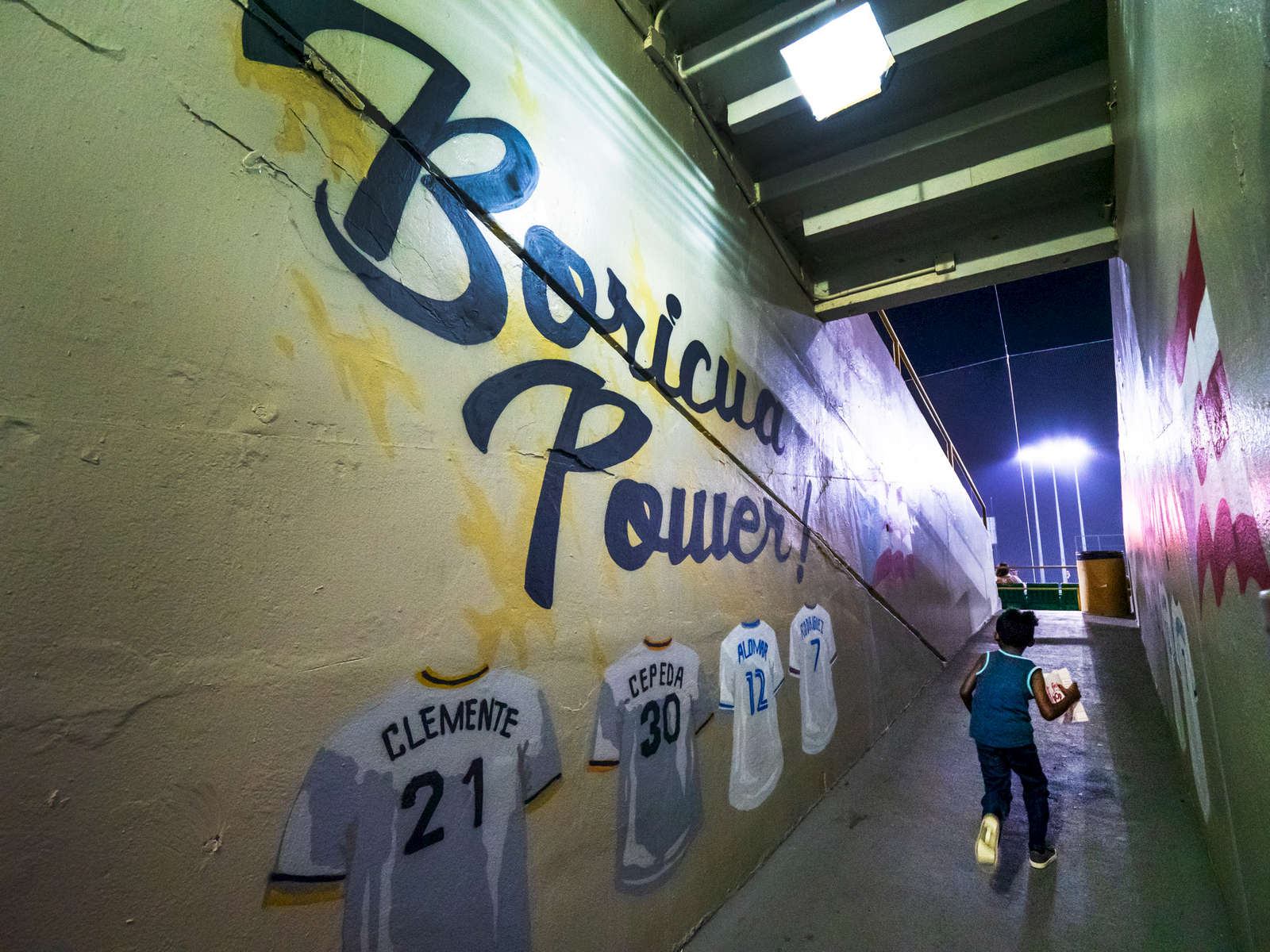 SAN JUAN, PUERTO RICO - NOVEMBER 15: A young fan runs with a bag of popcorn into the stadium next to a hallway leading to the field with a mural on the wall with the words Boricua Power and the Jerseys of famous MLB Puerto Rican baseball players Roberto Clemente and Orlando Cepeda during the game between the Gigantes De Carolina against the Indios De Mayaguez during opening day of the Professional Baseball League of Puerto Rico at Hiram Bithorn Stadium on November 15, 2018 in San Juan, Puerto Rico. The effort continues in Puerto Rico to remain and rebuild more than one year after the Hurricane Maria hit and devastated the island on September 20, 2017. The official number of deaths from the disaster is 2,975.