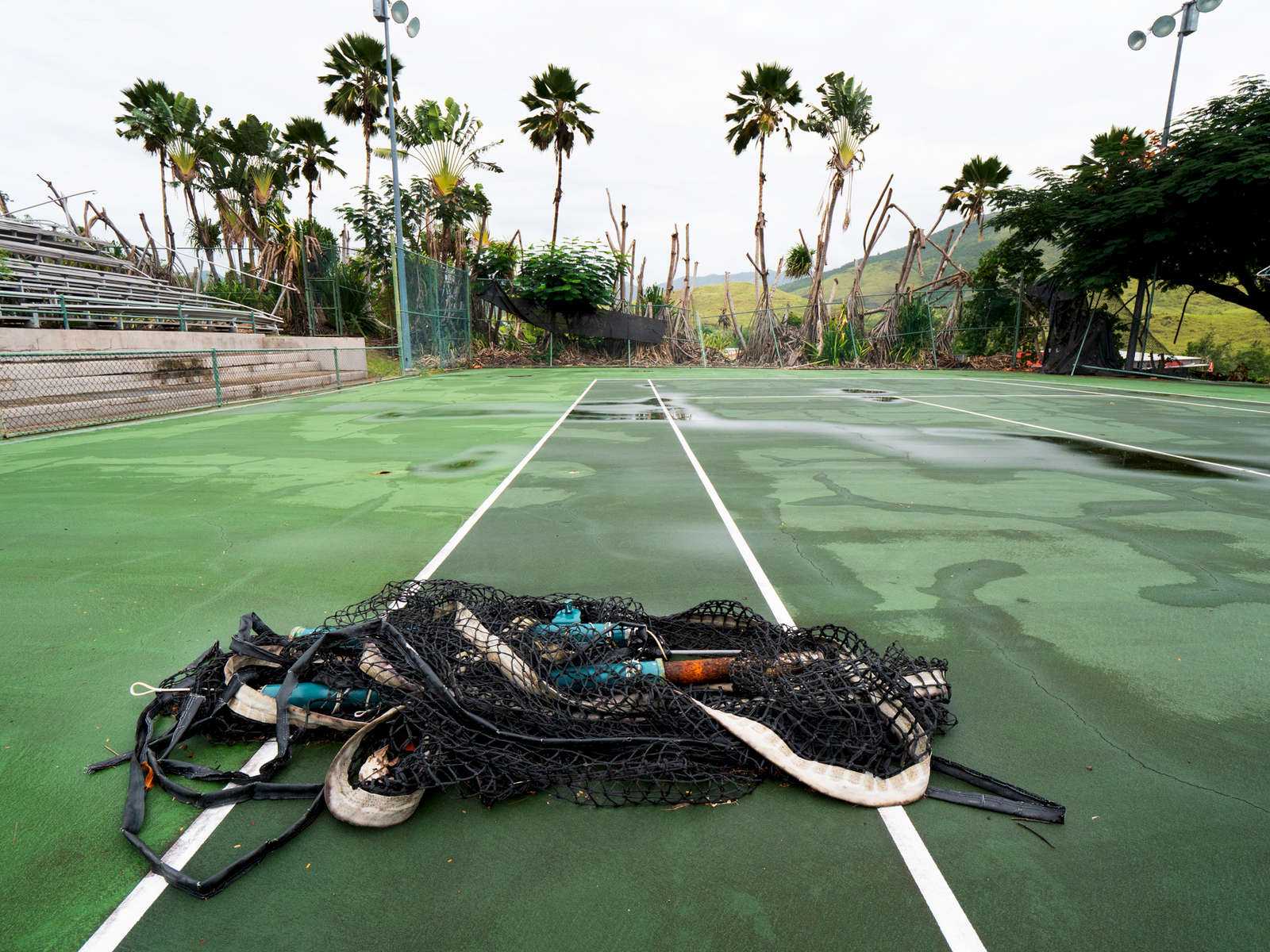 SALINAS, PUERTO RICO - NOVEMBER 14: The Tennis court is shown at the Albergue Olympic Training Center of Puerto Rico on November 14, 2018 in Salinas, Puerto Rico. The Tennis courts were all damaged by Hurricane Maria and they are slowly being rebuilt. The effort continues in Puerto Rico to remain and rebuild more than one year after the Hurricane Maria hit and devastated the island on September 20, 2017. The official number of deaths from the disaster is 2,975.