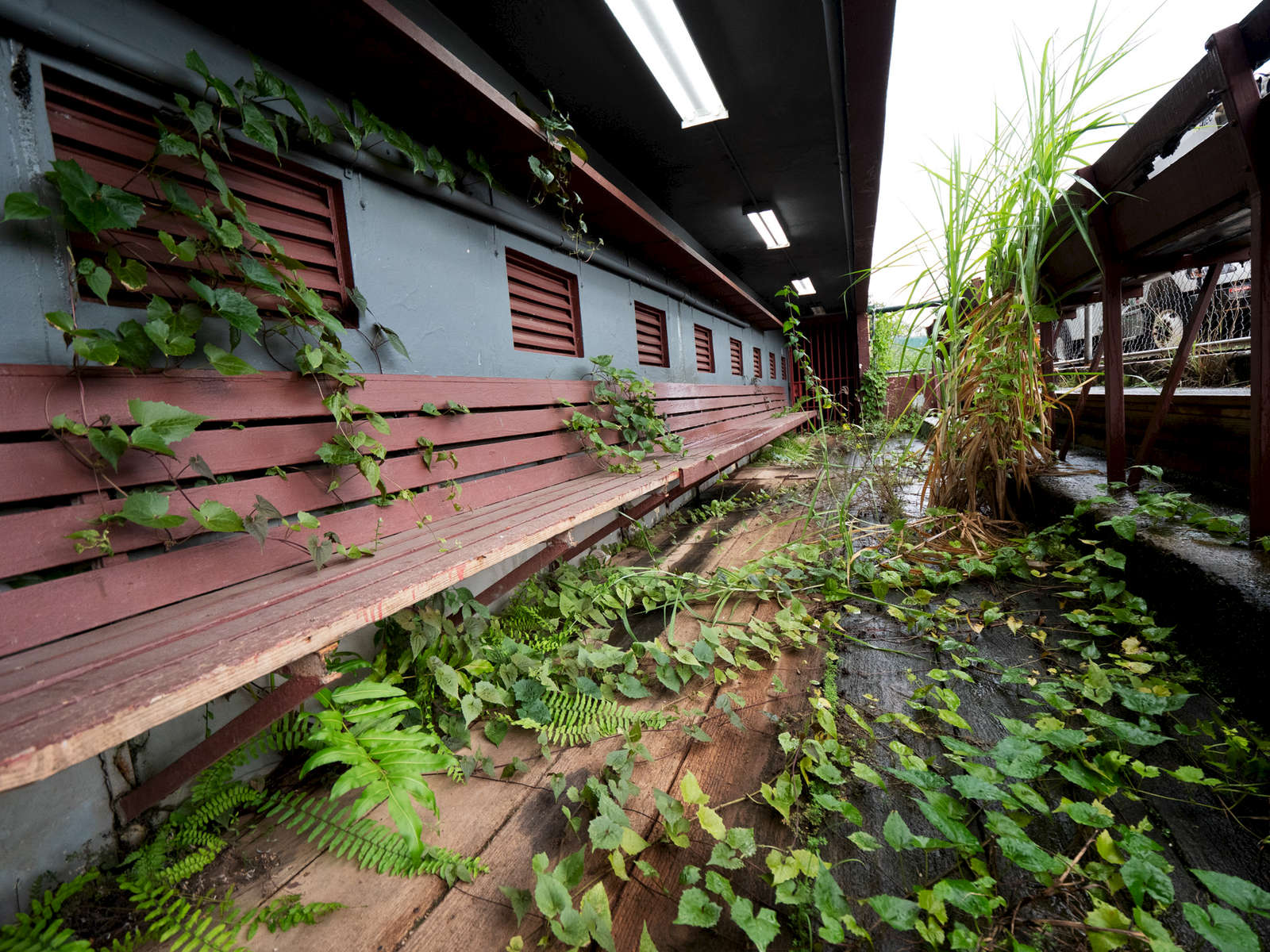 CAGUAS, PUERTO RICO - NOVEMBER 14: A view of weeds growing in the third base dugout of the Yldefonso Sola Morrales Stadium in Caguas, Puerto Rico on November 14, 2018. It was of the home of the Puerto Rican baseball League team the Criollos de Caguas. The stadium is scheduled to be demolished due to the heavy damage caused by Hurricane Maria. The effort continues in Puerto Rico to remain and rebuild more than one year after the Hurricane Maria hit and devastated the island on September 20, 2017. The official number of deaths from the disaster is 2,975.