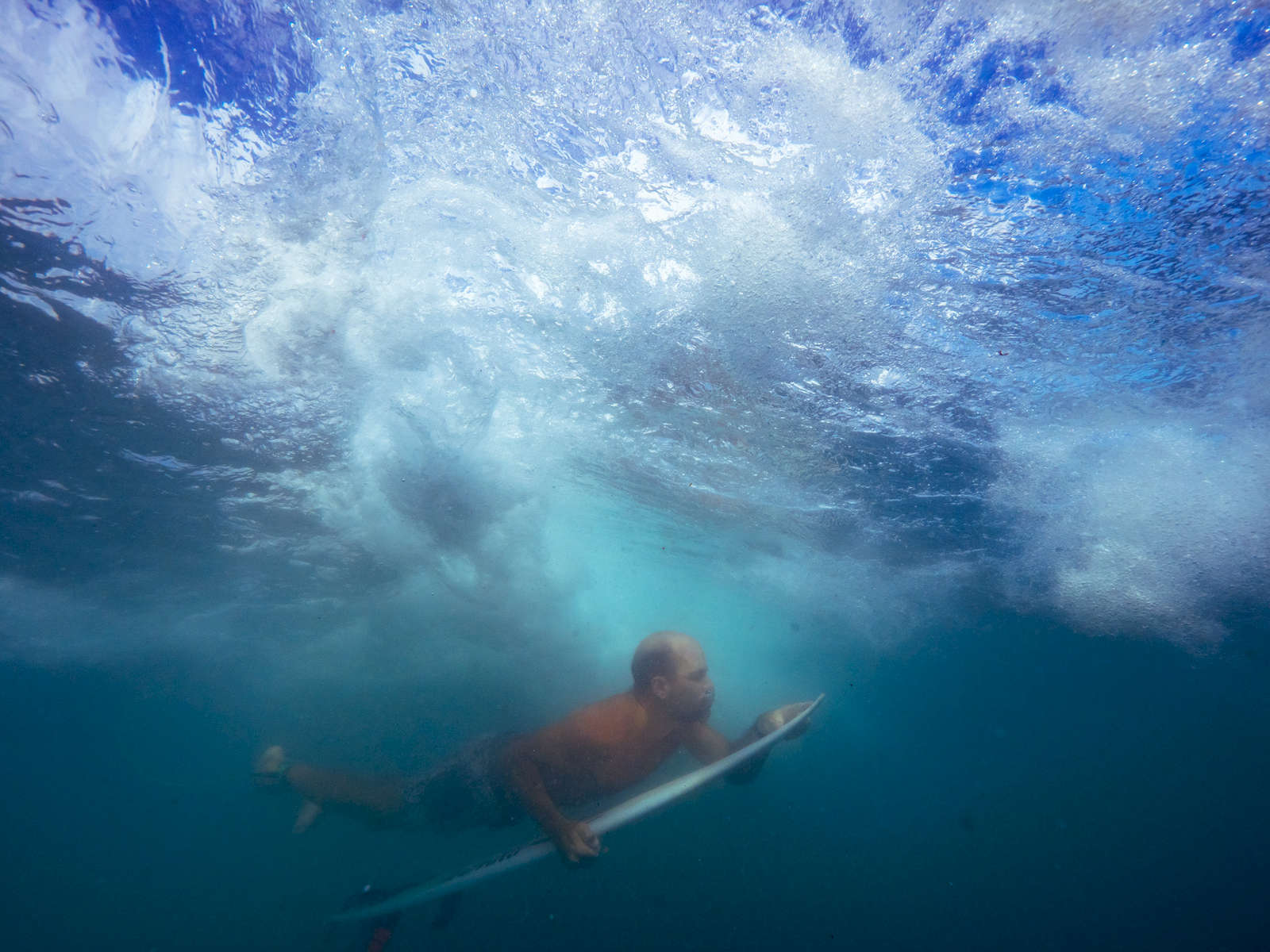 PINONES, PUERTO RICO - NOVEMBER 16: A man duck dives a wave on his surf board at Aviones Beach on November 16, 2018 in Pinones, Puerto Rico. The beach flooded the town of Pinones and all the neighboring towns during Hurricane Maria. The effort continues in Puerto Rico to remain and rebuild more than one year after the Hurricane Maria hit and devastated the island on September 20, 2017. The official number of deaths from the disaster is 2,975.