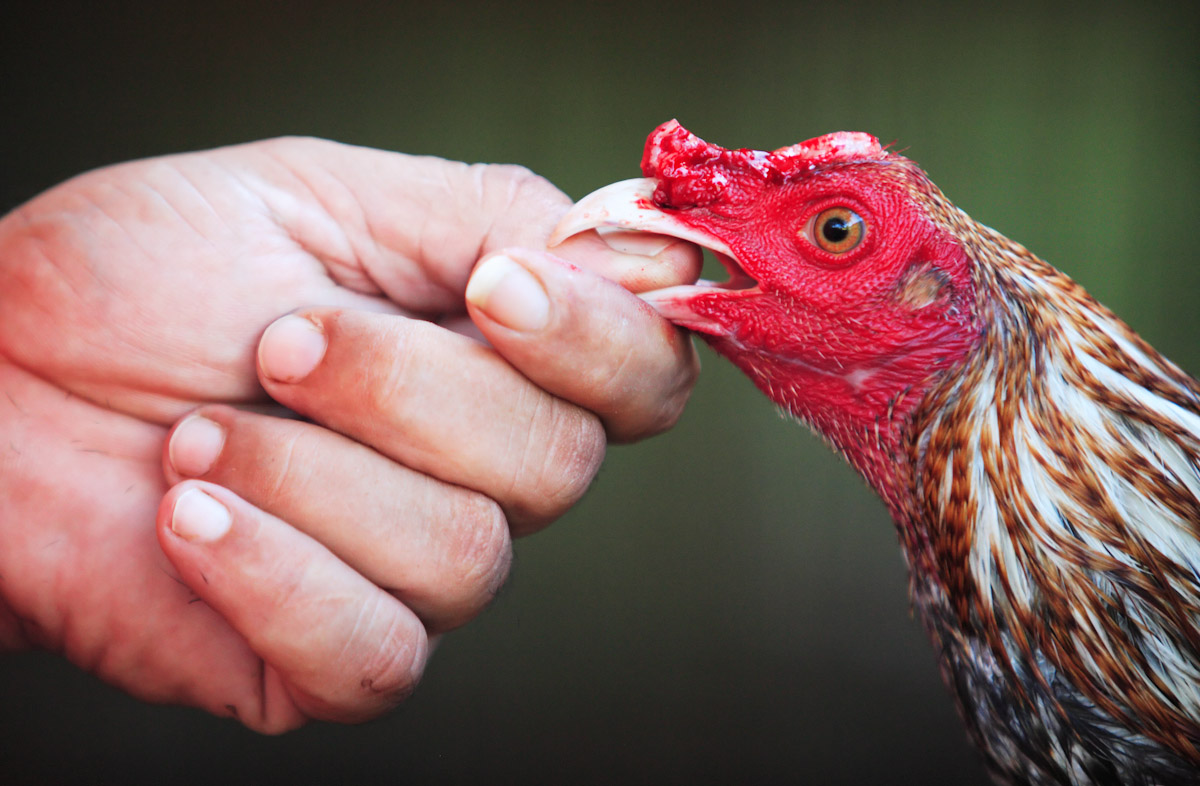 A view of a fighting rooster after it has had it's Crest and beard cut off by Trainer and owner Rene Rodriguez at the Rodriguez Brothers Farm on November 10, 2006 in Aibonito, Puerto Rico. The reason for cutting off the rooster's Crest, according to Rodriguez, is to improve its visibility, balance, and reflexes during a cockfight.