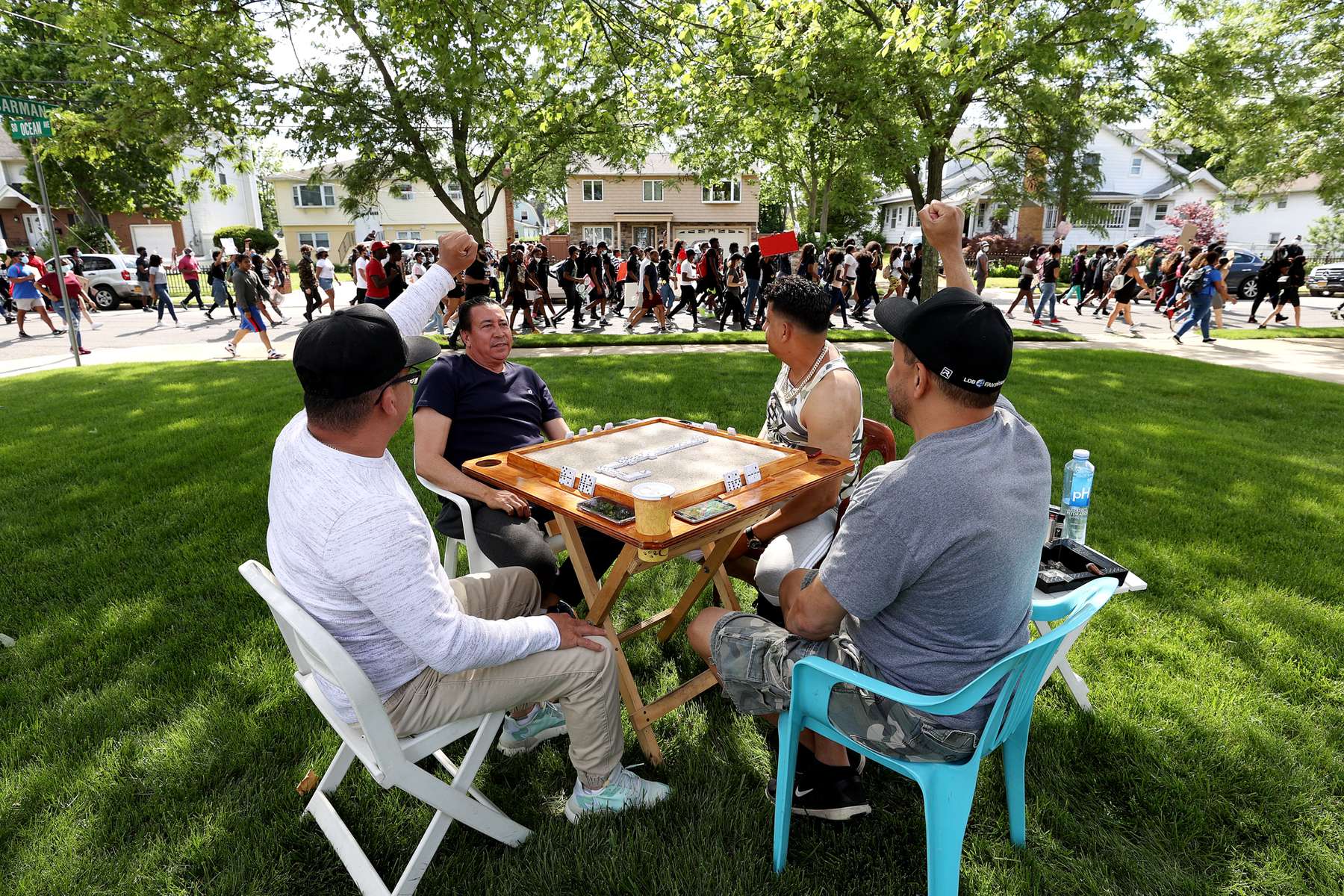 Four men playing Dominoes on their front lawn acknowledge a gathering of protesters marching on June 07, 2020 in Freeport, New York. Minneapolis Police officer Derek Chauvin was filmed kneeling on George Floyd's neck, who was later pronounced dead at a local hospital. Chauvin has been charged with second-degree murder and three other officers who participated in the arrest have been charged with aiding and abetting second-degree murder. Floyd's death, the most recent in a series of deaths of black Americans by the police, has set off days and nights of protests across the country.