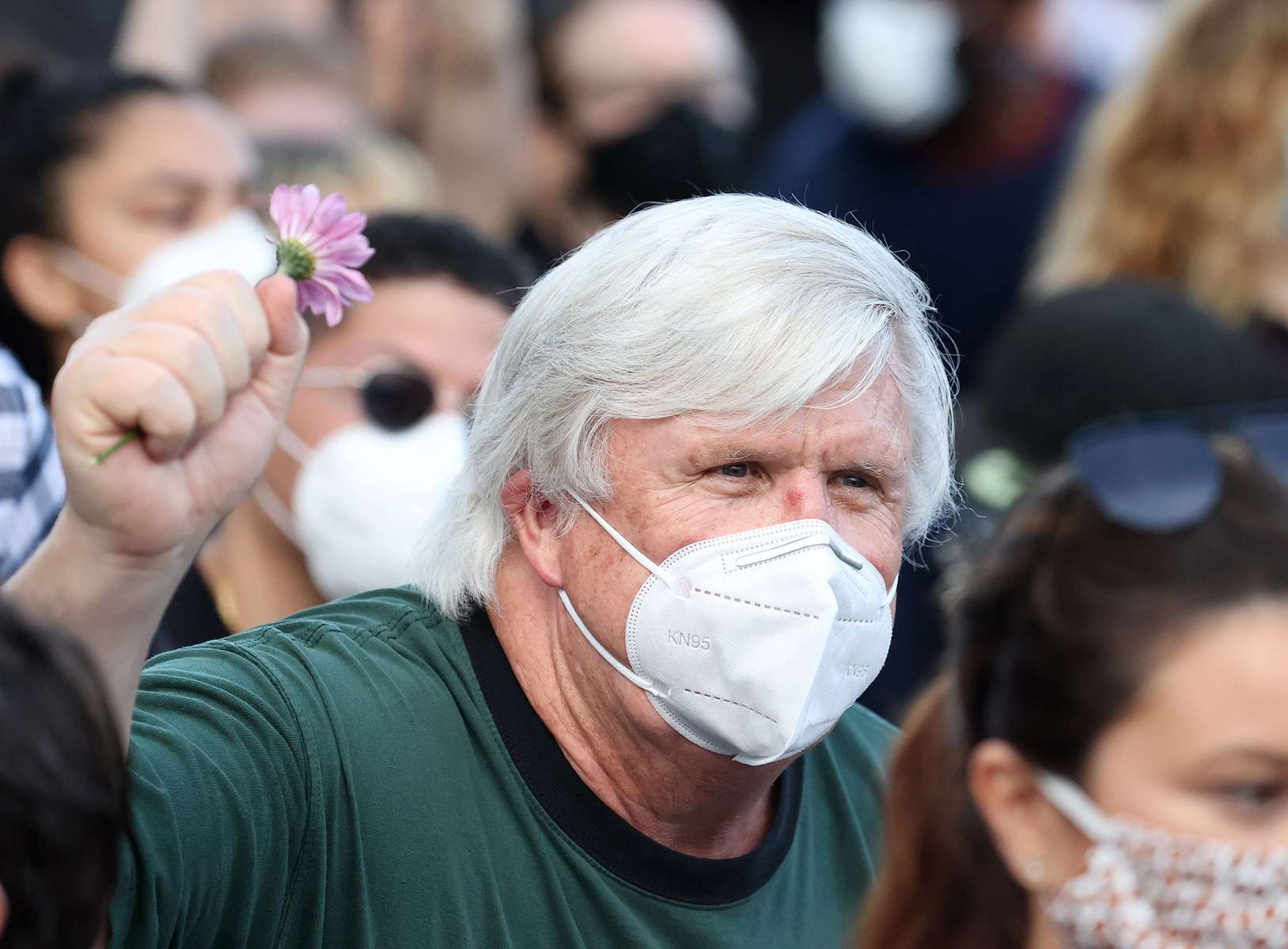 
Protesters march to demonstrate the death of George Floyd on June 04, 2020 in Merrick, New York. Minneapolis Police officer Derek Chauvin was filmed kneeling on George Floyd's neck. Floyd was later pronounced dead at a local hospital. Across the country, protests against Floyd's death have set off days and nights of rage as its the most recent in a series of deaths of black Americans by the police.